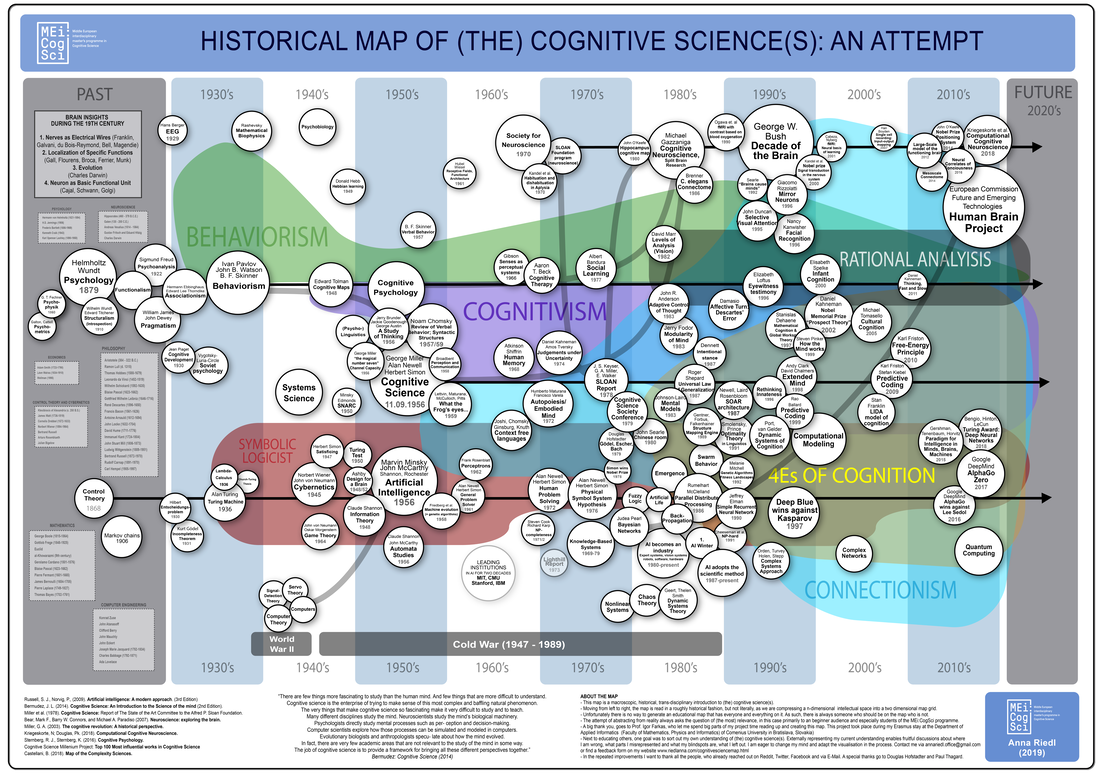 Join the feedback and discussion via Google Doc here
​(other options, like mail or feedback form, below)

Reasoning and summary of the changes in version 3

Recently I had a conversation with Stuart Russell about the process of writing the historical chapter for the textbook "Artificial Intelligence: A Modern Approach". He pointed out what emotional significance it can bear for a scientist to be mentioned or not. One quite obviously historically significant colleague had, under tears, told him that he had been forgotten. A mere accident as it turned out and fixed in the next edition.
​By synthesising historical information one creates an artifact that can become entrenched by being referred to in the future. Had I fully understood this responsibility and significance I would likely not even have dared to start the project. In a sense I'm glad I didn't grasp it earlier.
The more time passes since I created this version of the map the better I understand in how many ways it is completely wrong. Please consume responsibly. Science was and is a collective effort. Most humans, who contributed to the factual effort, were forgotten. We're just scratching the surface.